Nick’s Network of Hope and North Central College are hosting/sponsoring the nationally recognized, traveling suicide-prevention exhibit called, “Send Silence Packing.” Active Minds presents this exhibit and is a leading nonprofit organization in suicide prevention. It is highly impactful.  It consists of 1000 plus backpacks, the approximate number of college students who die by suicide each year. A majority of the backpacks contain a picture and story of a college student who has died by suicide, like Nick Pacha, the “Nick” of Nick’s Network of Hope.

The exhibit raises awareness about suicide, prevents suicides, facilitates discussion about mental health issues, and helps de-stigmatize mental health problems. It will be held at North Central College on September 13th from 9:00 am – 4:00 pm.  Mental health professionals and counselors will be on-site. Linda Pacha, founder of Nick’s Network of Hope, and her husband, Tom, will have a table at the exhibit and will talk with students. Handouts and other information will be available. 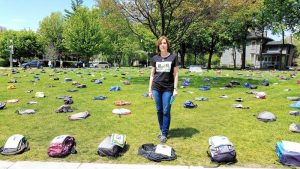 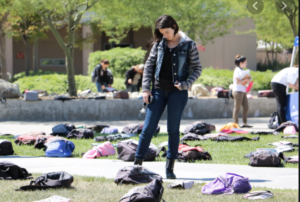 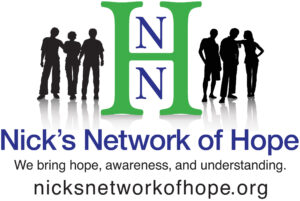 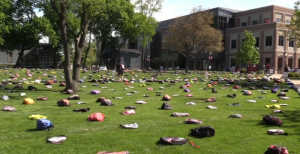