*The 2021 National Youth Risk Behavior Surveillance System (YRBSS) results will be available in the spring of 2023. Below are the results of the last survey done in 2019.

The Centers for Disease Control and Prevention (CDC) released their results of an anonymous survey conducted in 2019, called the National Youth Risk Behavior Survey (YRBS). Below is the Human Rights Campaign Foundation (HRC Foundation) analysis of this data, which breaks the results down into easy to understand terms. Their findings are based on approximately 180,000 student surveys, which included sexual orientation and gender identity data available for analysis from a combined state dataset:

LGBTQ teens face ridicule and violence within schools across the U.S., impacting their attendance and academic performance.

Click Here for the CDC’s Summary of all the Data from the 2019 YRBS study.

Results of the 2019 SAMHSA’s National Survey on Drug Use and Health: Lesbian, Gay, and Bisexual (LGB) Adults

In 2019, SAMHSA’s (Substance Abuse and Mental Health Service Administration) National Survey on Drug Use and Health focused on patterns of substance use and mental illness among adults (age 18 and older) of different sexual orientations. Below is a summary of some of the results for LGB adults 18 yrs or older.

Mental Illness- 2 in 5 had a serious mental illness 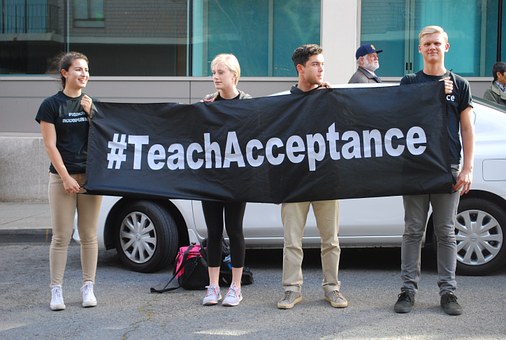 If you are part of the LGBTQ community, you are not alone.  Even though you may sometimes face fear, hatred, and prejudice in school, with friends, in the community, and even possibly in your own homes, you must never lose hope. Do not let the actions of the unaccepting take the joy out of your life. Some excellent organizations are available to you that can provide support and links to services. Our Resources page will direct you to some of these organizations, as well as to a 24/7 Crisis Lifeline, Chatlines, Text Line and Youth Talk-Line.